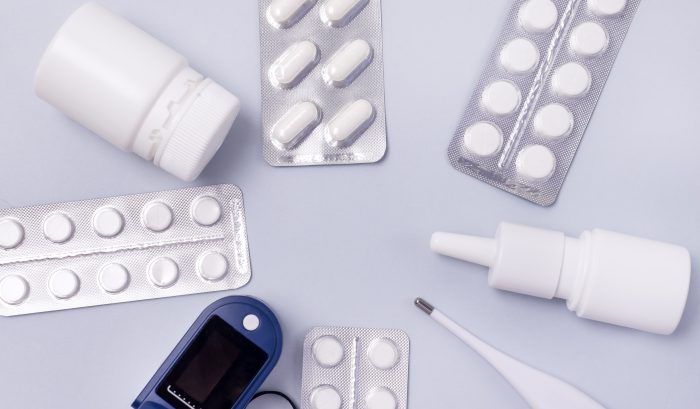 While the Medical Device Regulation (MDR) 2017 still supported and thus legitimised this type of medical device with the official designation of “substances and combinations of substances”, they are now facing significant hurdles five years after its entry into force by means of EU guidance from the Medical Device Coordination Group. The Guidance on borderline between medical device and medicinal products under Regulation (EU) 2017/745 on medical devices aims to correctly categorise so-called borderline products according to the legal requirements of the Regulation for Medical Devices as well as the Medicinal Product Directive (MPD). This rather questionable help for the interpretation and enforcement of the mentioned legal areas means a rethinking in the medical device industry and confronts many manufacturers with quite business-threatening, strategic decisions.

It is repeatedly pointed out that the main mode of action of the product is decisive for the classification, taking into account the scientific data on the state of the art. The intention of the manufacturer with regard to the effect of substances as well as the rout and method of administration or the availability and effect on the body have been determined as irrelevant for the decision of the classification of a substance as a medicinal product or medical device. Nevertheless, the principle of the MDR remains: The main intended effect lays the keystone for deciding whether a substance is a medical device or a medicinal product.

Three aspects are to be defined in line with the following illustration:

The specific medical purpose is specified by the manufacturer from those listed in the indents of Article 2(1) MDR.

The principal intended action of a medical device is described in manufacturer’s labelling and claims and must be based on state of the art scientific data regarding the principal mode of action, on a case-by-case basis.

The principal mode of action represents the means by which the product achieves its principal intended action, i.e. pharmacological, immunological, metabolic, physical or other. It is objective and must be based on state of the art scientific data.

Flowchart for determining if a product fulfils the definition of a medical device (Source: MDCG 2022-05)

Furthermore, it was not neglected to define these modes of action anew or more precisely in the present document.

‘Pharmacological means’ is understood as an interaction typically at a molecular level between a substance or its metabolites and a constituent of the human body which results in initiation, enhancement, reduction or blockade of physiological functions or pathological processes. Examples of constituents of the human body may include, among others: cells and their constituents (cell membranes, intracellular structures, RNA, DNA, proteins, e.g. membrane proteins, enzymes), components of extracellular matrix, components of blood and components of body fluids.

Examples of action via pharmacological means:

Although the basic definition is not new, Note 2 requires more detailed research, because covalent bonds, hydrogen bonds, electrostatic and van der Waals forces are mentioned for an interaction. What then remains?

‘Immunological means’ is understood as an action initiated by a substance or its metabolites on the human body and mediated or exerted (i.e. stimulation, modulation, blocking, replacement) by cells or molecules involved in the functioning of the immune system (e.g. lymphocytes, toll-like receptors, complement factors, cytokines, antibodies).

Examples of action via ‘immunological means’:

It is also clarified that immunological recognition for a targeted the effect of linked and couple substances cannot be regarded as a supporting function either.

‘Metabolic means’ is understood as an action of a substance or its metabolites which involves an alteration, including stopping, starting or changing the rate, extent or nature of a biochemical process, whether physiological or pathological, participating in, and available for, function of the human body.

The term ‘biochemical processes’ is understood as reactions available for the human body including anabolic and catabolic reactions and transport of substances between compartments. An interaction with a known receptor is not a prerequisite for the metabolic means of action.

Examples of action via ‘metabolic means’:

The understanding of the effect on the human body has been kept. This is still understood to mean all its components (including foreign substances, organisms or pathogens in or on the body). Furthermore, the modes of action described also apply to explanted body components that are to be (re)introduced into the body.

Comparing the texts of the MDD to the MDR, the careful reader will already have noticed that a substantial change has been made both in the definition on the integral constituent, which could be considered a medicinal product if used separately (cf. Article 1(4, 4a), MDD and Article 1(8)), and in the corresponding Rule 13 of the MDD or Rule 14 of the MDR. Previously, an effect of this substance on the human body was named as an essential characteristic in order to enter into an action ancillary to that of the device. This characteristic has now been removed. Accordingly, it is sufficient if a substance has an ancillary action. The legislator thus moves from the possibility (can) to the obligation (has).

The intention of the manufacturer is irrelevant both for the attribution of a medicinal property to a substance in the sense of the intended purpose and for the ancillary action. A substance can be seen as a medicinal substance regardless of the quantity, method or route of administration or availability to the human body.

However, the ancillary function to the principal action of the product has a special role. Although the definition given is not very helpful for the situation, it is clear that a necessary support of the main activity is meant. This must be presented in a scientifically objective way.

Consequently, the medical device manufacturer now has the sufficiently complex task of proving not only the principal mode of action as non-pharmacological, immunological or metabolic in the sense of the intended principal action, but also for substances (all substances) which, used separately, could be considered as a medicinal substance. In addition, an ancillary function that serves to achieve the specific medicinal purpose must be examined.

Thus, a strategic product design combined with a precise scientific elaboration is a solution approach that we would be delighted to evaluate individually for your medical device so that you can continue to apply the CE mark and remain marketable with your medical device.

If you need support with this challenge, with the scientific statement, the strategic decision or answering questions, then WE are the right partner for you!

Visit us on LinkedIn

Tentamus laboratories in your vicinity